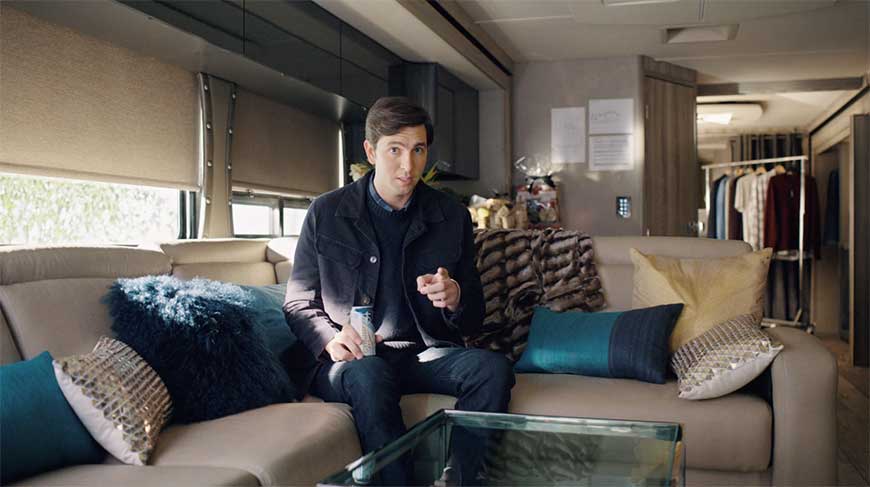 Over the past few years, the trend has sharpened into focus: A broader swath of the beer-drinking population is streaking toward more health-conscious lifestyles.

This nascent group of legal-age drinkers are ditching sugar, running away from calories and cutting back on alcohol.

Could Miller64, a 64-calorie, extra light lager with 2.8% alcohol by volume, be the beer today’s drinkers are seeking?

With this consistent drumbeat of cultural shifts in the backdrop emerged a theory within MillerCoors: Might it be sitting on a sleeping giant? Could Miller64, a 64-calorie, extra light lager with 2.8% alcohol by volume, be the beer today’s drinkers are seeking?

“The more we looked at it, the more we all realized Miller64 may have been a beer ahead of its time,” says Nigel Jones, marketing manager for the Miller family of brands. “Given today’s trends and this new curiosity surrounding moderation, this is the right time to reintroduce this brand.”

Fresh off a redesign and rebranding effort completed this fall, Miller64 next week will launch its first marketing campaign in five years, asking drinkers to embrace a “dry-ish January” with Miller64.

Featuring new brand spokesman Nicholas Braun, an actor who plays “Cousin Greg” on the HBO hit “Succession,” the digital campaign consists of a series of sponsored videos that will air on Facebook and Instagram through mid-February.

In a handful of planned follow-up videos, Braun will detail his progress and ask fellow participants to share their own stories.

Known for his dry humor and awkward affect, Braun adopts a similar persona in the Miller64 campaign, explaining to viewers in the debut video that he’s attempting a “dry-ish” January with Miller64 and invites them to come along. In a handful of planned follow-up videos, Braun will detail his progress and ask fellow participants to share their own stories.

“Over the week or so after the holidays, people will be spending a lot of time binge-watching shows, and Succession is one that’s very hot right now,” says Stephanie Petropoulos, an associate marketing manager on the brand. “So when people are scrolling their feeds, they’ll see ‘Cousin Greg’ pop up with Miller64 and they’ll stop and watch.”

Petropoulos and Jones say the addition of a buzzy comedic actor to the campaign will help raise awareness of Miller64’s proposition: A crisp, extra light beer with fewer calories than most other options in its segment. Or, as the brand will describe itself: “a lighter, beerish kind of beer.”

To entice more drinkers to give Miller64 a shot

To entice more drinkers to give Miller64 a shot, the brand is offering a slate of rebates to legal-age drinkers (in states where such promotions are legal) as part of the campaign. Braun will offer details on how to enter the promotion in the debut video.

Data show the brand appears primed for a rebound.

Miller64 has booked a high-single-digit percentage point sales volume trend improvement since its new packaging debuted, a trend that is accelerating into December, per MillerCoors data.

“This is the start of something we think can be really big, not only for this brand, but for our organization as a whole,” Jones says. “We’re really excited about the power of what Miller64 can be.”