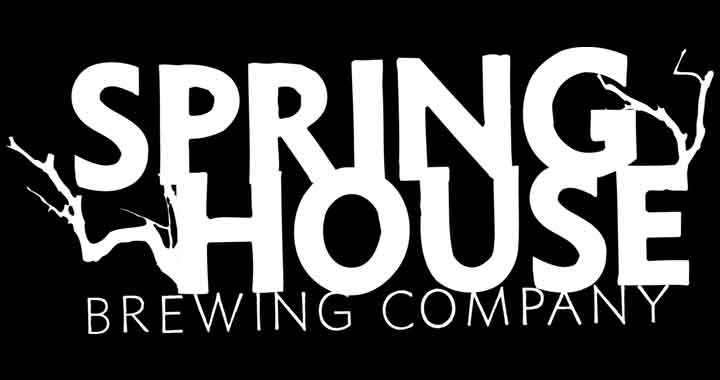 The story of the Spring House Seven Gates Pale Ale comes from rural Pennsylvania, not far from the Spring House Brewery. According to the legend, a mental asylum for the criminally insane stood in the middle of a dense forest. Surrounding the asylum were seven concentric gates, preventing inmates from escaping. One terrifying night, the asylum caught fire, causing the inmates to flee into the menacing forest. As the tale goes, the former asylum residents were trapped by the seven gates & eventually succumbed to the perils of the forest. The locals swear that the tormented souls of the inmates will torture anyone brave enough to attempt passage through the Seven Gates of the forest.

Spring House Seven Gates Pale Ale honors the local legend by producing a terrifyingly delicious brew that is as familiar as a friendly forest, yet possesses a mysterious quality that will haunt you from the first taste. The enormous, hopped flavor & the meticulous craftsmanship that goes into each bottle will have you believing that the master brewer must be a direct descendent of the former asylum residents. Seven Gates features Centennial, Citra & Amarillo hops.

Spring House Brewing Co. is located in the southwest corner of historic Lancaster, Pennsylvania – a city that’s been known for its beer-brewing since the late 1800’s. In addition to housing our brewery operations, the antique warehouse that we call home is also where our brewpub, The Butchery at Spring House & the Hell’s Attic Arcade reside, offering plenty to eat, do & play while you sip your way through our taps.

A trip to the brewery is incomplete without some savory eats from The Butchery, our home-base brewpub. True to its name, The Butchery menu features an array of carnivorous goodness – from smoked wings, pork, ribs & brisket to burgers, chops & chicken – along with our raw oyster bar, pub snacks & even a few salads.

Some people are perfectly happy enjoying their beer in silence. For others, movement – & maybe even a little friendly competition – is a must. Hell’s Attic Arcade is for latter folks.