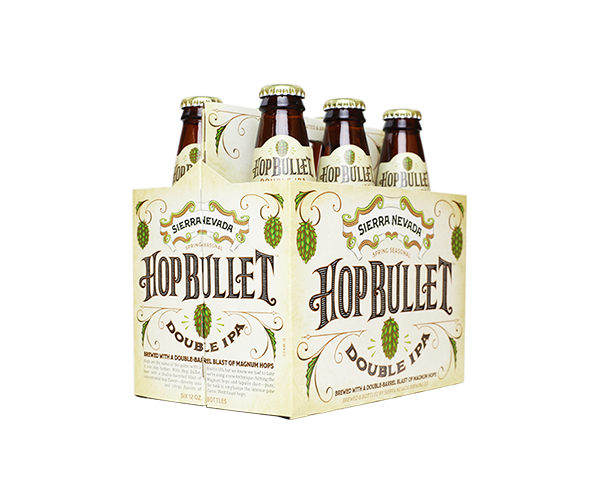 Sierra Nevada Hop Bullet is back!

Last spring, we brewed a fierce Double IPA called Hop Bullet. Chock full of Magnum hops and lupulin powder, this intense beer cranked the West Coast hop flavor up to 11. When the season changed and the beer went away, you asked for your Hop Bullet back.

Ask and you shall receive.

Introducing Hop Bullet Double IPA—our newest year-round nationwide beer. Available only in cans, Hop Bullet is hitting shelves around the country. This beer is the real deal: massive aroma, balanced bitterness, and a cold shower of heavy-hitting hop flavor. It’s a West Coast Double IPA at its best and it’s at a store near you.